1. SIN FIN – Performances at The Holy Centre, Vest & Page (Kashmir, Uttarakhand, Delhi, 2011): Composed partly around their performance in CeC 2011, this second episode of an expansive and ongoing videowork finds Verena Stenke and Andrea Pagnes as two Jedermann humans, moving through the lanes of an imaginary, oniric city, encountering visions and memories of excess and absence, loss and overflow, surrender and hope. In the quest for their very personal definition of what is "holy centre", they confront themselves with the prosaic realities of India. Sometimes they feel contained inside scratches of walls, or drift along surfaces. Other times they mark locations, deepening the margins with experiences, gestures, and practices. It is as if there is not inside and outside, only textures and edges. Their acts are centrifugal, remembrances spilt all over the ground, waiting to be picked up, maybe simply to rest for a while, after having traveled so far. They circulate, inscribe, and watch at themselves as strangers who are drawn to stop by, in the process of adding their stories to others. Unrevealing and revealing is accretive. Meanings, signs, which are layered over ruins and the history dust, are peeled off one by one to be reconnected and set forth in a map of a fragmented time.

2. Homage to Joseph Beuys, Gruppo Sinestetico (Albertin , Sassu , Scordo,) 2011. Synaesthetic: as philosophical thought, art operates in a state of synesthesia in touch with nature, involving the five senses as in Beuys' philosophy, which is based on protecting the environment and those who live in it, via solidarity and free cooperation and communication between people of different cultures, origins, religions, social, economic and political status. This philosophical and utopian thought is presented in this project as performance, installation, video, and photo. 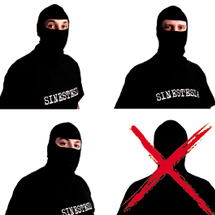 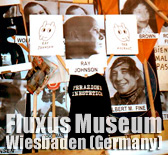